A major advance in immunotherapy is to recruiting T cells to cancer cells through either bi-specific antibodies or chimeric antigen receptors for T cells (CAR-T).  While this approach has been transformative for some hematological malignancies, its impact on solid tumors has been very limited, in part due to the lack of appropriate target(s) and targeting agents that are specific for cancer cells.  Our ONC-781 based programs are based on a novel antigenic glyco-epitope that is broadly expressed on cancer tissues but essentially absent in normal tissues. We have developed a novel monoclonal antibody ONC-781 that binds to this novel glycoform and demonstrated binding to cancer tissues but not normal tissues. 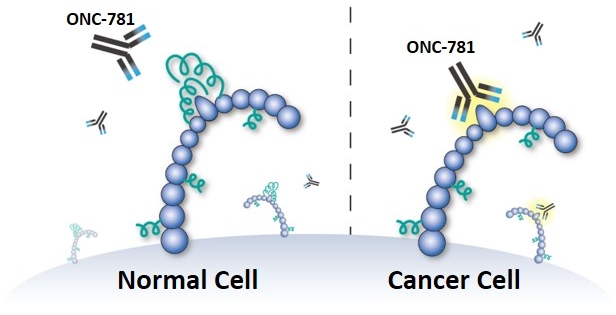 Subsequently, we have engineered CAR-T cells (ONC-782) and bi-specific antibodies (ONC-783) using this novel antibody that show broad reactivity to hepatocellular carcinoma, breast cancer, ovarian cancer, cervical cancer, neuroblastoma, prostate cancer, lung cancer and essentially all types of malignant brain tumors.  Our systemic characterization of the proprietary target reveal that the epitope is encoded by a gene that is over-expressed and fundamentally important for cancer cell growth and metastasis.  It is shielded in normal cells by a specific glycosylation.   Since the antigenic epitope is on an oncogene that is critical for cancer growth and metastasis, it is anticipated that cancer cells would be hard-pressed to lose the antigen to evade ONC-781-based immunotherapy.

The CAR-T (ONC-782) and bi-specific antibodies (ONC-783) programs are in preclinical development stage and poised to be advanced into clinical evaluation. OncoC4 is also launching antibody-drug conjugate (ADC) program ONC-784. 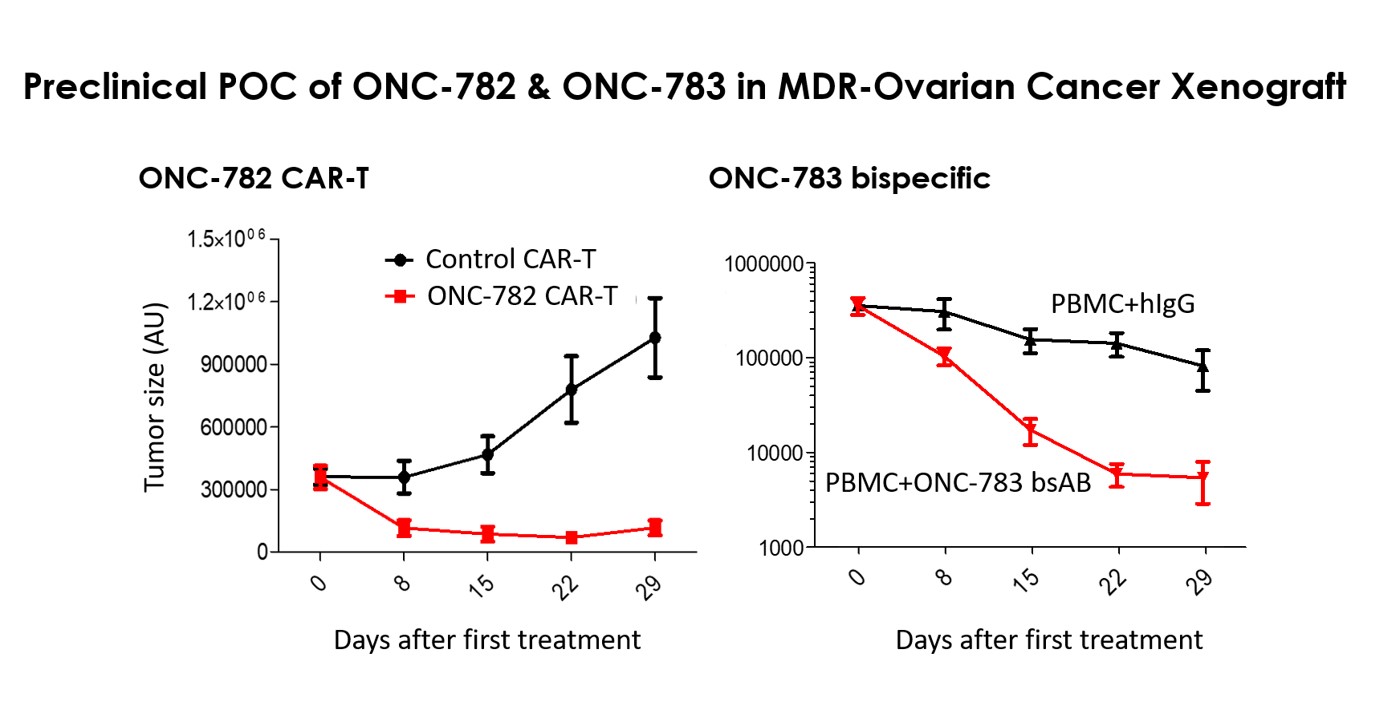